A timeline to tell you why it’s time to be mobile-friendly.

On May 24, 2016, Google announced, through its AdWords blog, that we exist in a “mobile-first” world. This statement stems from October 2015 data, analyzed by Google, which found that “over half of [Google] searches happen on mobile.”

Search marketers have adopted and spread Google’s term for mobile optimized web pages and advertisements as mobile-friendliness: a mobile-friendly online location or link will load quickly, look good, and cater to the physical and technical aspects of a mobile device.

The mobile-friendly movement, enforced by Google’s ranking algorithms, has forced businesses to make sure that their PPC advertising, content marketing, SEO, and other efforts all meet the “mobile-first” world’s standards. Non-mobile-friendly advertising simply doesn’t compete.

Non-mobile-friendly advertising simply doesn’t compete. We’ve got resources on making your website mobile-friendly, but if you’d like to read more, please continue below.

Let’s take a look at how Google went from its “small screen, big opportunity” ad-itude to a mobile-first worldview:

Both patents signaled an early recognition that mobile optimized websites would and should become indexing factors in the search results.

Google released a mobile version of AdSense. This mobile-friendly version would allow publishers to place text ads on mobile-optimized websites. AdSense for mobile was eventually absorbed into the core AdSense system in 2012 as the line between desktop and mobile blurred.

AdSense for mobile was eventually absorbed into the core AdSense system in 2012 as the line between desktop and mobile blurred.

In September, AdWords users could test out mobile distributed ads for free until November 18. Mobile ads, originally thought to become a separate product for advertisers, were officially integrated as an extension of AdWords.

Mobile ads, originally thought to become a separate product for advertisers, were officially integrated as an extension of AdWords.

Dan Butcher described what many marketers saw as a move which validated “mobile advertising as an effective marketing medium.” Google obtained valuable mobile market expertise and technology from the acquisition.

The network, now titled AdMob by Google, eventually turned into a platform for app publishers to generate ad revenue from app advertising.

Webmasters stated that “we expect smartphones to handle desktop experience content so there is no real need for mobile-specific effort from webmasters.” They definitely changed this perspective later on.

2011, March: Why Mobile-Friendly Is Not Mobile SEO

SEO Director of Vivid Seats, Bryson Meunier, argued against the grain with his condemning piece, “Why Mobile-friendly Is Not Mobile SEO.”

Meunier pointed out that the Google webmaster’s guidelines, mentioned above, did not truly address mobile user’s experience, but that they merely benefited Google’s crawling and indexing of websites.

2011, March: Why Mobile SEO is Mobile-Friendly (Wait a Second)

Like Meunier, Klais concluded that merely meeting Google Webmaster’s mobile-friendly standards was not a true measure of being mobile-friendly. A proper concept of mobile friendliness would cater to a website’s users, both “brand users and mobile searchers.”

Klais came back again with an analysis of mobile websites across the invisible web, the part of the web not indexed by search engines.  His research found that 1 in 5 sites were mobile-friendly, with 81% of pages breaking the “mobile connection” of the invisible web.

SEO professionals began to realize the importance of maintaining the connected invisible web for the best user experience, whether mobile or desktop.

The findings sounded a lot like what Klais predicted above; that broken mobile connections would frustrate customers. It was clear that mobile responsive web design was paramount.

Statistics from the mobile-friendly research on 1100 U.S. adult smartphone users:

The importance of mobile friendliness started to solidify.

Google webmasters came back with information on ranking for smartphone search results.

One tidbit of advice was to “[s]imply redirect smartphone users from a desktop page to its equivalent smartphone-optimized page,” confirming a difference, previously ignored, between smartphone and desktop browsing.

More importantly, the webmasters announced that Google planned to “roll out several ranking changes in the near future that address sites that are misconfigured for smartphone users.” This was an ill omen for poorly optimized mobile advertisers.

The “mobile-friendly” label was officially introduced* to the search results page.

The label would be applied to any page that:

Web sites that weren’t mobile optimized were now obviously signaled out on the mobile search results page. Google also announced that it would be “experimenting with using the mobile-friendly criteria as a ranking signal.”

Mobile friendliness as a ranking factor was not implemented yet, but the threat loomed for any mobile website design that was not mobile optimized.

Google sent out a massive wave of messages through email and Webmaster Tools notifying website owners with sites that weren’t mobile-friendly.

Barry Schwartz, RustyBrick CEO and News Editor of Search Engine Land, speculated that “the algorithm they may have been testing around mobile ranking” could be imminent.

2015, February: Mobilegeddon (The End of Civilization As We Knew It) 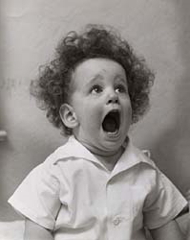 Sure enough, Google expanded its “use of mobile-friendliness as a ranking signal,” to having a “significant impact” on search results. Marketers reacted to this short post from the Google Webmasters by coining a practical, and level-headed phrase: “Mobilegeddon”

The ominous term was so prevalent that it earned itself a Wikipedia page. No marketer knew who would survive the fire and brimstone of mobile-friendliness. The whole of digital marketing-dom would be eclipsed in an era of mobile optimized darkness and doom.

Marketers saw destruction looming. Some made last minute preparations for the “Phonepocalypse:” “Are You Ready For Google’s Mobilegeddon Phonepocalypse Tomorrow?” Other’s stoked the fearmongering flames: “Google Inc’s “Mobilegeddon” Could Alienate Nearly Half Of Its Top Websites” and “Google’s “Mobile-Friendly” Update Could Impact Over 40% Of Fortune 500 Websites.”

And then it happened: “’Mobilegeddon’ Claims Its First Victims—Retailers With Outdated Mobile Tech”

The analysis came in: “7 Days After Mobilegeddon: How Far Did the Sky Fall?”

It turned out it wasn’t that bad: “Mobilegeddon A Month Later: Small Business Study Shows… Nothing Happened”

Marketers crawled out of their bomb shelters, dirty and blinded by the light of the sun. Yet the world of digital marketing still stood and questions had to be asked: “The Mobilegeddon That Wasn’t. What Happened?”

But the notion of doom would carry on ominously into the future as a warning to all marketers with melodramatic proclivities. And also that mobile-friendliness would continue to grow in importance: “Mobilegeddon is Beginning, Not Ending”

Mobilegeddon may not have been doomsday, but it was a clear message from Google that they wanted to decide how the mobile market was operated. And they did just that.

These clicks resulted from mobile marketers beginning to recognize the profitability of the ever growing mobile platform.

Google, judge, jury, and executioner of the mobile-friendly society, began to continuously release updates and improvements for mobile searching and advertising.

In May, these improvements began to ramp up, and any savvy marketer began to recognize a mobile trend. Shopping advertisements being introduced to the mobile image search results were one of these mobile themed changes.

The next day, Rich Cards were released. Mobile browsing is a visual experience, and these cards allowed visual content in the normally text-heavy search results, drawing even more attention to a business’s advertisement.

The numerous mobile updates climaxed on May 24. Google announced that the mobile-first world was our reality: “[t]he shift to mobile is no longer a change on the horizion. It’s here.”

Mobile was and is now the priority of Google AdWords development, as they see that advertising on mobile screens is the way of the future.

Google’s prioritization of the mobile market came with numerous, substantial changes to AdWords ads. The main idea of the following changes being that ads would now fit nicely on mobile screens:

It was official, the mobile-first world, at least in Google’s eyes, was here. Google’s vision of the mobile market evolved from “small screen, big opportunity” to “mobile-first.” The theme of this evolution was mobile-friendliness.

It was now time for marketers across the globe to band together to create some of the greatest mobile-first world problem memes ever known to mankind. Who will step up to this heroic task? Only time will tell.

How Far Mobile-Friendly Sites Have Come:

Being mobile-friendly evolved too. At first the term involved being accessible to Google mobile web crawlers. Now, the term encompasses a fulfilling and seamless mobile experience, whether in searching or on-page browsing.

For over 6 years It has been a common narrative in online marketing that this will be the year of mobile, or that mobile will explode, everything’s going mobile, etc.

Just take a look at this skeptical post from the New York Times in 2010.

And Tom Leung’s post gave out a parenthesized gasp of relief: 2010: The Year of Small Business Resurgence & (Finally!) Mobile Advertising.

In 2016, marketers embraced Google’s terminology and, from Mary Meeker’s 2016 Internet Trends Report, there looked to be a “mobile-first, data-rich and video-heavy future for online advertising”

With Google’s big changes and declarative language—2016 just might have been the year of mobile, but then what will “mobile-first” 2017 be? 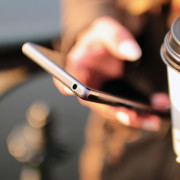 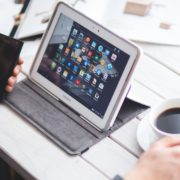 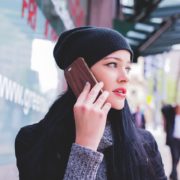